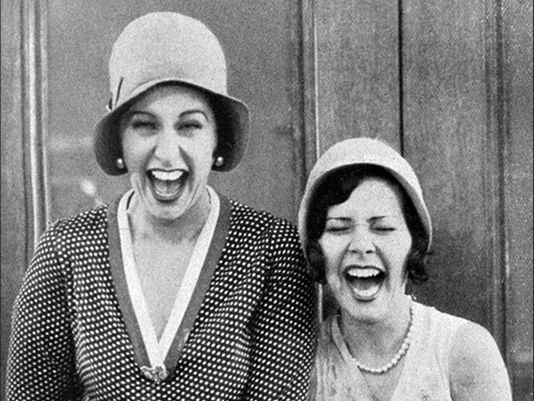 International Conference Sponsored by The Elizabeth von Arnim Society and supported by The Open University and Misericordia University. Online, 17-18 September 2022.

Brad Bigelow edits NeglectedBooks.com, a site devoted to celebrating the work of long-forgotten writers. He received the Lorna Sage Prize for creative nonfiction from the University of East Anglia in 2021 and is now working on a biography of Virginia Faulkner. He is also chief editor of the Recovered Books series for Boiler House Press and has spoken at numerous conferences on literature, cyber security, and project management.

Leslie de Bont teaches English for psychology, British literature, and literary translation at the University of Nantes in Western France. She has published various essays on May Sinclair, Ford Madox Ford, Stella Benson and Sylvia Townsend Warner, as well as a monograph entitled Le Modernisme singulier de May Sinclair (Presses de la Sorbonne Nouvelle, 2019). She co-organises the PAGE seminar on Gender Studies and will edit Sinclair’s Far End for the forthcoming Complete Works of May Sinclair (Edinburgh UP). Her current research interests include intertextuality, place-identity and gender roles in intermodernist fiction.

Richard Cappuccio has written about Katherine Mansfield for Katherine Mansfield Studies, Journal of New Zealand Literature, and other academic volumes. His essay for the Mansfield Society’s journal in 2020 won its top prize. He lives in Charlottesville, Virginia, where he practices the craft of letterpress printing and, alongside his wife, tends their garden.

Astyartha Das is an undergraduate student at the Department of English, Jadavpur University, India, whose interests include creative writing, cinema, and film journalism. She was the winner of the M.P. Birla Foundation’s ‘Perceptum’ essay competition for three consecutive years and a participant in the Engender Health/World Health Organization’s COVID-19 awareness campaign ‘I am Change – Today and Tomorrow’ in 2021. She is a film reviewer for ‘Alternate Take.’

Şebnem Düzgün is an Assistant Professor at Ankara Science University and a Visiting Fellow at the University of Southampton. She received her Ph.D. degree in English Culture and Literature in 2017. Her main research interests include 18th- and 19th-century English literature, utopia, dystopia, science fiction, women’s literature, and gender studies. She is the author of book chapters on Margaret Cavendish’s The Blazing World and P. D. James’s The Children of Men and several scholarly peer-reviewed journal articles.

Edit Gálla is a senior lecturer at Károli Gáspár University of the Reformed Church in Hungary. She wrote her Ph.D. dissertation on Sylvia Plath’s poetry and received her doctorate from Eötvös Loránd University in Budapest in 2018.

Ann Heilmann is a Professor of English Literature at Cardiff University and the author of four monographs on the late-Victorian New Woman and on neo-Victorianism, most recently Neo-/Victorian Biographilia and James Miranda Barry. She has published widely and (co-)edited eight other books on late-Victorian and contemporary women’s writing, Victorian and Edwardian feminism and anti-feminism, gender, and sexuality, as well as on individual turn-of-the-19th-century authors.

Judith Hendra was born in Britain and educated at Cambridge University.  She currently lives in  Los Angeles. She has spent a number of years researching and writing a biography of Beatrice Hastings and has written about Hastings and The New Age circle for the Katherine Mansfield Society, the International Center for Victorian Women Writers, the Ezra Pound Society, the Wyndham Lewis Society, and the H.G. Wells Society. Her study of the critical response to H.G. Wells’ Edwardian novels appeared in the 2020 edition of The Wellsian.  Her essay “Wyndham Lewis and The New Age” is included in the 2019-20 edition of The Journal of Wyndham Lewis Studies.

Diana Hirst is an independent scholar. After a career as an arts administrator with BBC World Service and various classical music organisations, Diana Hirst studied English Literature at the University of Cambridge. She received a Ph.D. from Canterbury Christ Church University, with a thesis on Elizabeth Bowen’s use of light, place, pattern, collage, and poetry in her novels.  She has provided reviews for work on Elizabeth Bowen, Elizabeth von Arnim, Katherine Mansfield, and 20th-century painter Winifred Knights for Women: a Cultural Review.

Ann Herndon Marshall has published a variety of articles on Elizabeth von Arnim, Alice Meynell, Katherine Mansfield, and Vita Sackville-West. She earned her doctorate from the University of Virginia and returned to Charlottesville to live in 2009.

Sue Kennedy is an Honorary Fellow of the Faculty of Arts at the University of Hull. She co-edited, with Jane Thomas, the essay collection British Women Writers 1930 – 1960: Between the Waves (Liverpool University Press, 2020). She is currently working on a chapter for a forthcoming collection on Middlebrow Gothic: Dark Domesticity in British Popular Fiction, 1930-1960 for University of Wales Press and is preparing an entry for The Literary Encyclopaedia on Barbara Euphan Todd.

Katherine Murray is a Ph.D. Candidate of Literature at the University of California, San Diego and an adjunct English professor. Prior to graduate school, she earned her Bachelors of English at the University of California, Los Angeles, also minoring in Film and Television. Katherine worked in television development for three years. Her most recent publications focus on nineteenth-century gender, domestic violence, toxic masculinity and sport, and bibliotherapy.

Frances Myatt is a Ph.D. student in Classics at Peterhouse, Cambridge. She is currently researching pregnancy and childbirth in the works of Ovid under the supervision of Professor Philip Hardie, funded by a Vice-Chancellor’s Award and Jebb Studentship. After her first degree at Emmanuel College, Cambridge, she was awarded a Herchel Smith scholarship to spend a year at Harvard, followed by a Leverhulme Study Abroad Studentship to study for a Masters in Allgemeine und Vergleichende Literaturwissenschaft (Comparative Literature) at Ludwig-Maximilians-Universität, Munich. Frances’ research interests include the relationship between bodies and literature, Augustan poetry, and classical reception. She has previously presented on Dorothy L. Sayers’ use of Latin quotations in Gaudy Night as part of the 2021 Annual Meeting of Postgraduates in the Reception of the Ancient World at Columbia University.

Noreen O’Connor: is a Professor of English at King’s College (Pennsylvania) and has published variously on women and modernism and the work of Elizabeth von Arnim, Edith Wharton, Virginia Woolf, Sylvia Townsend Warner, and Santa Claus. Her current research focuses on women in film comedies and medical narratives of women’s experience of family planning, obstetrics, and childbearing in the first half of the twentieth century. She currently serves as president of The International Elizabeth von Arnim Society.

Francesca Pierini is an Adjunct Lecturer at the English Department of the University of Basel. A former postdoctoral fellow at the Institute of European and American Studies, Academia Sinica, Taiwan, her academic interests include Cultural Studies, Anglophone Literary Representations of Italian Culture, E.M. Forster, and the Modern and Contemporary Anglophone Romance Novel. Recent and forthcoming publications include “Roma Spelled Backwards: Love and Heterotopic Space in Contemporary Romance Novels Set in Italy” in The Routledge Companion to Romantic Love and “Imploding Fireworks: Love and Self-knowledge in the Contemporary Italian Sentimental Novel” in the collective volume Love and the Politics of Intimacy (Bloomsbury UK).

Ann Rea teaches Twentieth-century English and Irish literature at the University of Pittsburgh at Johnstown. Her research interests include Elizabeth Bowen, middlebrow culture, the fiction of espionage, and Irish post-colonial writing.  She is a member of the board of the Elizabeth Bowen Society.

Jennifer Shepherd is a Senior Lecturer at The Open University (UK) and has published variously on middlebrow fiction, fin de siècle feminism, and the work of Elizabeth von Arnim, Edith Wharton, Virginia Woolf, D.E. Stevenson, and Daphne Du Maurier. Her current research focuses on women’s experience of aging, with a special focus on the first half of the twentieth century.

Margaret Stetz, the Mae and Robert Carter Professor of Women’s Studies and Professor of Humanities at the University of Delaware, USA, is the author of British Women’s Comic Fiction, 1890-1990: Not Drowning, But Laughing (2001) and of over 120 essays published in peer-reviewed journals and edited volumes. Among these are several devoted to the literary comedy of the twentieth-century American writer Carolyn Wells (1862–1942).

Agnes Strickland-Pajtok PhD, isan assistant professor at Eszterházy Károly University, Hungary. Her main fields of interest include the analysis of gender in popular culture and intercultural studies – with emphasis on the representation of immigrants and minorities in various media and cultural products. In the 2021-22 academic year, she was a visiting fellow at Oxford Brookes University, where she conducted research on the oeuvre of Baroness Emma Orczy.

Anna Szirák is a Ph.D. Student of English Language Literature in the Doctoral School of Literary and Cultural Studies at the University of Debrecen, Hungary. Her field of research is concerned with girlhood studies in the realms of gender and cultural studies. Her dissertation focuses on representations of girlhood in literature and film, with the understanding that girlhood is a productive motif that enriches texts and literary analysis, despite having largely been ignored.

Zsófia Anna Tóth received her Ph.D. in British and American Literature and Culture from the University of Szeged and is currently a senior assistant professor at the Department of American Studies, Institute of English and American Studies, University of Szeged, Hungary. Her main research interest is the representation of female aggression and violence in American literature and culture, especially in film. Her research interests include the work of Jane Austen, the New Woman; American women writers (especially Sandra Cisneros); and Disney and Pixar animations. Her first book, Merry Murderers: The Farcical (Re)Figuration of the Femme Fatale in Maurine Dallas Watkins’ Chicago (1927) and its Various Adaptations, was published by Cambridge Scholars Publishing (UK) in 2011. She is currently working on theories of humor and gender, especially focused on the work(s) and the phenomenon of Mae West.

Nick Turner is a Lecturer in English at Kirklees College and the Open University, and a part-time tutor in prisons in the UK. He is the co-founder and chair of the Elizabeth Bowen Society, co-editor of the Elizabeth Bowen Review and recently published (with Nicola Darwood) the essay collection Interwar Women’s Comic Fiction: “Have Women a Sense of Humour”? He has also published work on Barbara Pym, Mary Fitt, Ivy Compton-Burnett, and Barbara Comyns. He is particularly interested in the themes of place and space in the work of women writers of the interwar period, which will be the focus of a new co-edited essay collection in 2023. He is the founder of the large Facebook group Undervalued British Women Novelists 1930-1960 and when not doing all this is an actor, director – and runner.

Tom Zille is writing a Ph.D. dissertation on Jane Austen’s influence on the modernist novel at Cambridge. Other areas of research include Anglo-German cultural relations, the history of literary translation, eighteenth-century children’s writing, and modernist women’s fiction. His first book, Christian Felix Weiße the Translator – Cultural Transfer and Literary Entrepreneurship in the Enlightenment, was published in 2021.