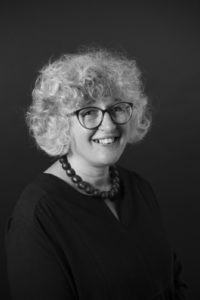 Keynote Presentation: “Elizabeth and the Marriage Plot” by Kate Macdonald

‘Elizabeth and the Marriage Plot’ is an exploration of the conservative elements in Elizabeth von Arnim’s pre-First World War novels. It takes the position that writing about marriage is the most important indicator of conservative social codes in fiction, and analyses the pre-1914 novels by considering critical readings that comment on marriage and the marriage plot in the fiction of this period, Elizabeth’s included. Findings from close readings of the novels and a light application of statistics will shed light on the question of how and why Elizabeth could be considered a conservative writer, and how that reflects on her status as a feminist.

Biography: Visiting Research Fellow at the University of Bedfordshire and Director of Handheld Press, Kate Macdonald is a literary historian who focuses on British 19th, 20th, and 21st-century literature and publishing. She researches book history, particularly what she calls ‘the ordinary novel for the ordinary British reader from the beginning of the 20th century who didn’t have a lot of time or spare cash for books, but enjoyed what the library could offer’. She also researches and writes on British publishing during the First World War, and in the 1960s and 1970s in the permissive era. She publishes regularly on her blog Kate Macdonald about writing, reading, and publishing.