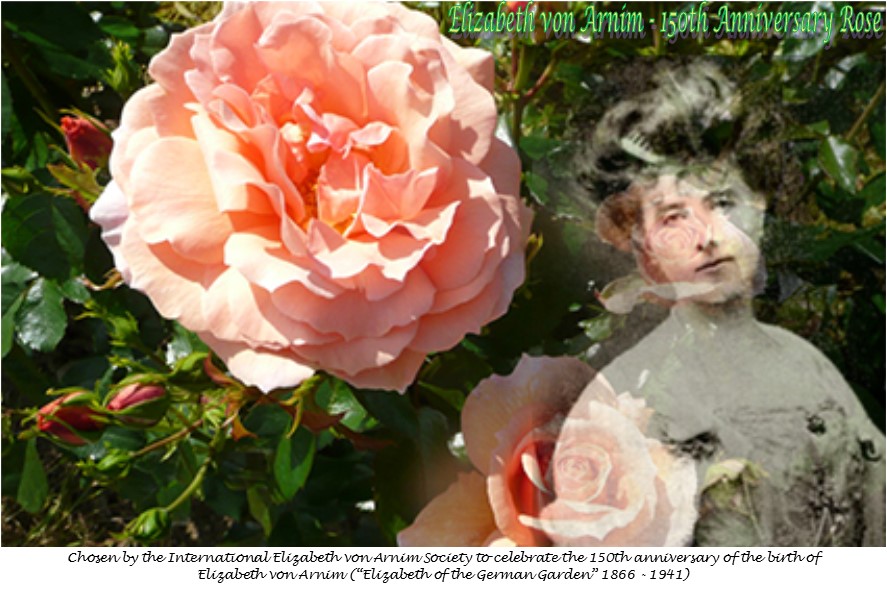 We can also note that she died at the age of 74 on 9th February 1941 in South Carolina in the United States. So the 75th Anniversary of her death occurred in early February this year.

Roses were always loved by ‘Elizabeth’ and are particularly associated with her first best-selling novel, Elizabeth and her German Garden (1898), in which she tells her readers of the rose beds she is creating around the sundial at Nassenheide.

“There is not a creature in all this part of the world who could in the least understand with what heart-beatings I am looking forward to the flowering of these roses….”

In the 1930s, she created a wonderful garden in her home at Mougins in the South of France, calling it the ‘Mas des Roses’ and filling the garden with roses.

The Society is very grateful to Dickson Roses for helping us with this project, making their beautiful rose variety available for naming, and for supplying 30 bare root roses to those members who are able to find space to plant them. We are delighted that the literary and personal association between ‘Elizabeth’ and roses can be celebrated in this special way.