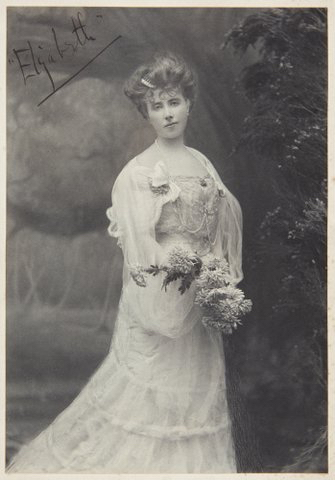 Following the very successful conference, ‘Re-evaluating Elizabeth von Arnim’, held on 13th September 2015 at Lucy Cavendish College, Cambridge, we would like to invite all those interested in writing an article under this title for publication, to send abstracts for our consideration.

The conference’s aim was to re-evaluate the writing of Elizabeth von Arnim (1866 – 1941). Von Arnim’s complex, intelligent and witty novels were critically acclaimed and immensely popular during her lifetime, but until recently they have received little academic attention.

Topics can include, but are not restricted to, the following:

Context: understanding von Arnim’s writing on its own terms as well as in the context of the fin de siècle, World Wars 1 and 2, women’s writing, the middlebrow and modernism.

Intertexts: tracing the influences of religious texts, poetry and other writers such as the Bronte sisters and Jane Austen.

International perspective: the importance of Switzerland, France, Germany and the USA in her writing and career.

Other topics, such as travel and journeys, place and space, escape and homecoming, and family relationships, all present scope for exploration.

Abstracts: your abstracts should be sent in word format by email attachment to both the editors (see below) as soon as possible, and no later than the end of January 2016.

The text of abstracts should follow the MHRA Style Guide and be no more than 250 words in length.

We would be grateful if you could you add your name, title, affiliation (if applicable) and full contact details including postal address, email address and telephone number.

Articles: please note that articles should also follow the MHRA Style Guide, be in English, left justified, double spaced, and include the title of the final article on a separate page. The title page should also include the number of pages in the manuscript, and a word count (including endnotes).  The author’s name should not be anywhere other than on the title page to allow for anonymous reviewing.

The deadline for the submission of the completed articles (6000 words in length, including Endnotes), will be 31 August 2016.

We very much look forward to hearing from you.